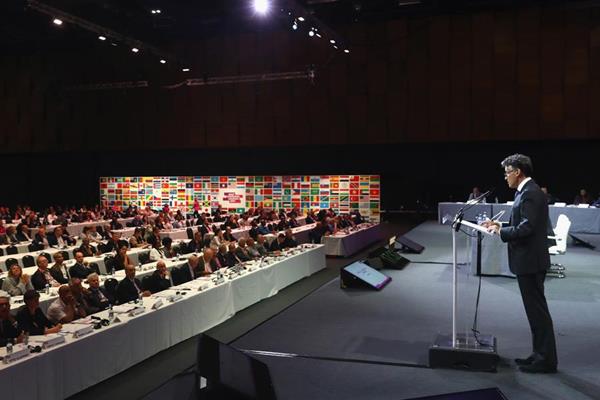 “As a miler, I’ve always looked at things in four parts,” he said. “Two years into a four-year term – the half-way point – is a good time to take stock.”

“Our report card must show undisguised progress. We have much to do on lap three. Let’s build on this now and enter the final lap poised to drive through to the line.”

“We have reviewed and set in motion an extraordinary amount of change and at a pace that I know has made some of you nervous – at times me included,” said Coe.

“But we had no choice. The pace of change was thrust upon us. But what we changed, how we changed and when we changed was our choosing.”

“Back when we were awarded this event, we made three key promises: record attendances, putting athletes first, and new innovations,” said LOC director Niels de Vos.

“More than 700,000 tickets have been sold and we’re expecting about 150-200,000 people to line the streets to watch the marathons and similar figures for the race walks.

We’re confident we’ll deliver more than one million spectators at this event, which I don’t think has been done at any other World Championships.”